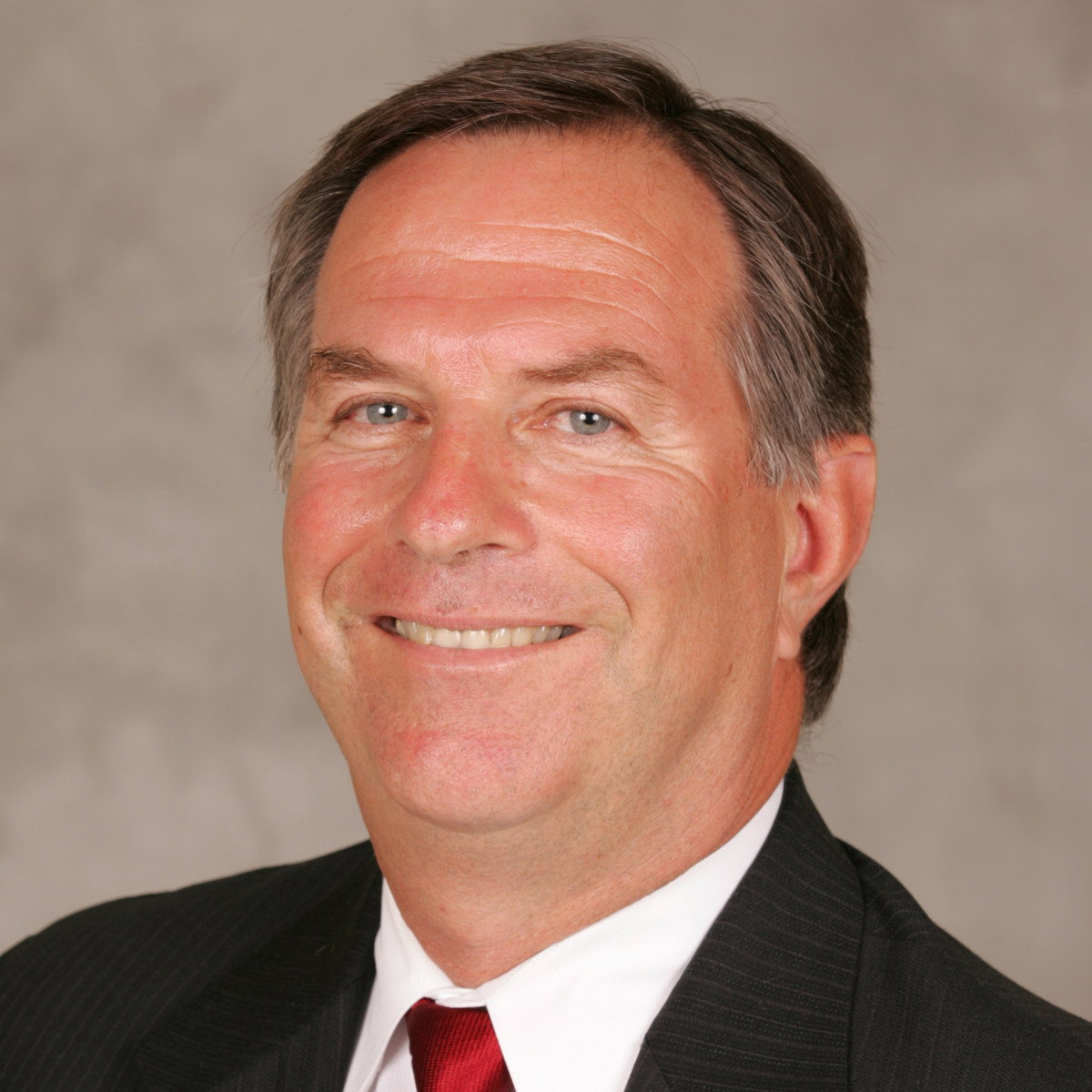 Michael Schulman has been instrumental in the execution of various projects within Anaheim Arena Management, Anaheim Ducks Hockey Club, and H&S Ventures throughout his years working with each entity. He will now serve as Executive Chairman of ocV!BE Sports & Entertainment in addition to his role as Managing Director of the Samueli Family office.

Schulman’s roles will be multi-faceted as he will continue to serve as Chairman of the Board of Anaheim Arena Management (AAM), Chief Executive Officer of Anaheim Ducks Hockey Club (ADHC), Chairman of the Board of the Anaheim Ducks Foundation and Chief Executive Officer of the San Diego Gulls Hockey Club (SDG). In addition, Schulman is an Alternate Governor for both the NHL and AHL Board of Governors, and also serves on the board of NHL Enterprises. 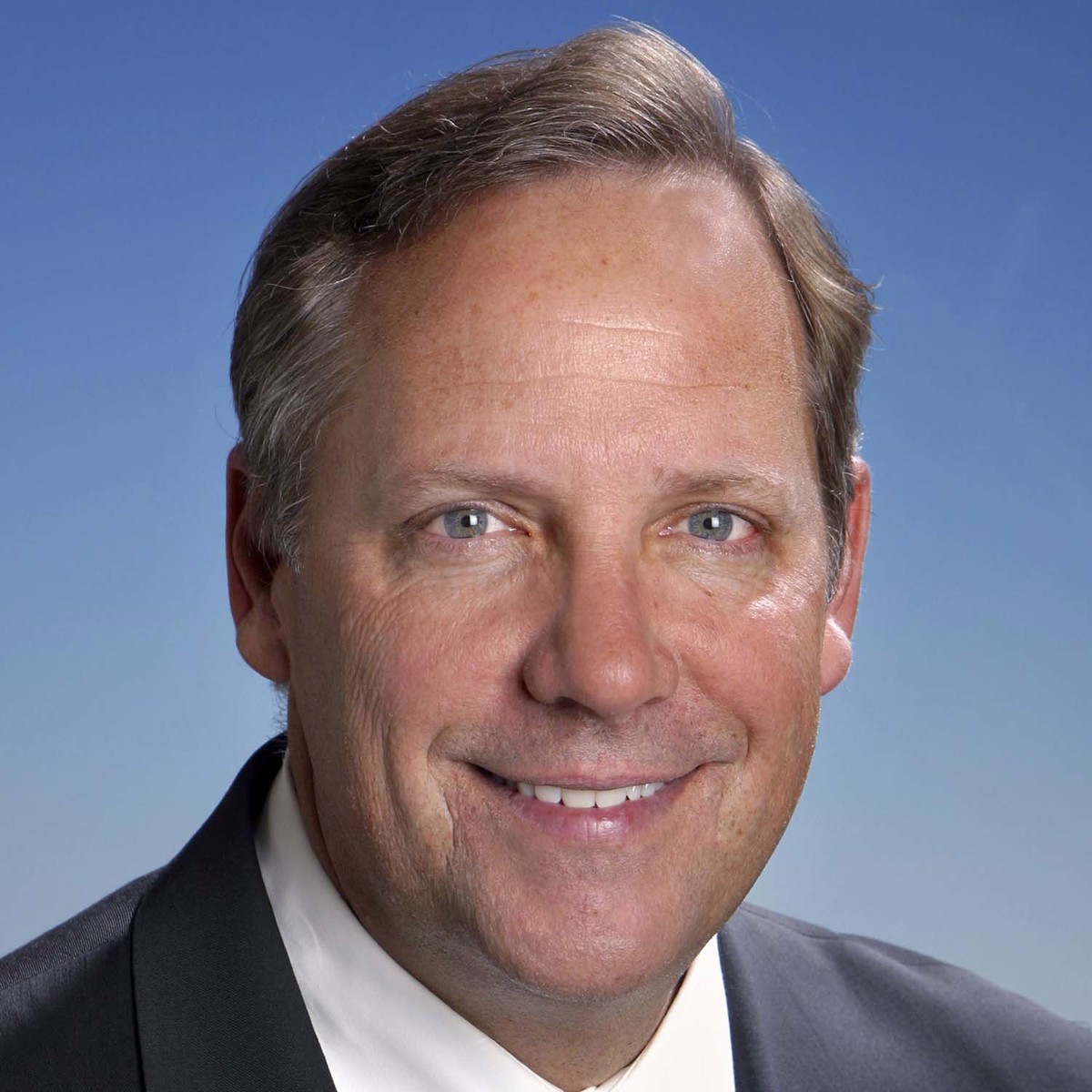 Tim Ryan provides leadership over the development of ocV!BE while maintaining oversight of the Honda Center, The Rinks facilities, and affiliated business entities, including the Anaheim Ducks Hockey Club and the San Diego Gulls Hockey Club.

Ryan has more than 41 years of arena management and event creation experience, 27 of those years at Honda Center, most recently serving as the President/Chief Executive Officer of Anaheim Arena Management, LLC and the Executive Vice President/Chief Operating Officer for the Anaheim Ducks Hockey Club, LLC. Ryan has also led major efforts to upgrade Honda Center, assuring it remains one of the world’s top-of-the-line sports and entertainment venues, including the Grand Terrace Project that features the Shock Top Terrace and Anaheim Ducks Team Store. He has successfully led the Ducks business efforts to record growth, while initiating numerous community, fan-friendly and youth hockey programs that have increased the popularity of the sport in the Southern California market. 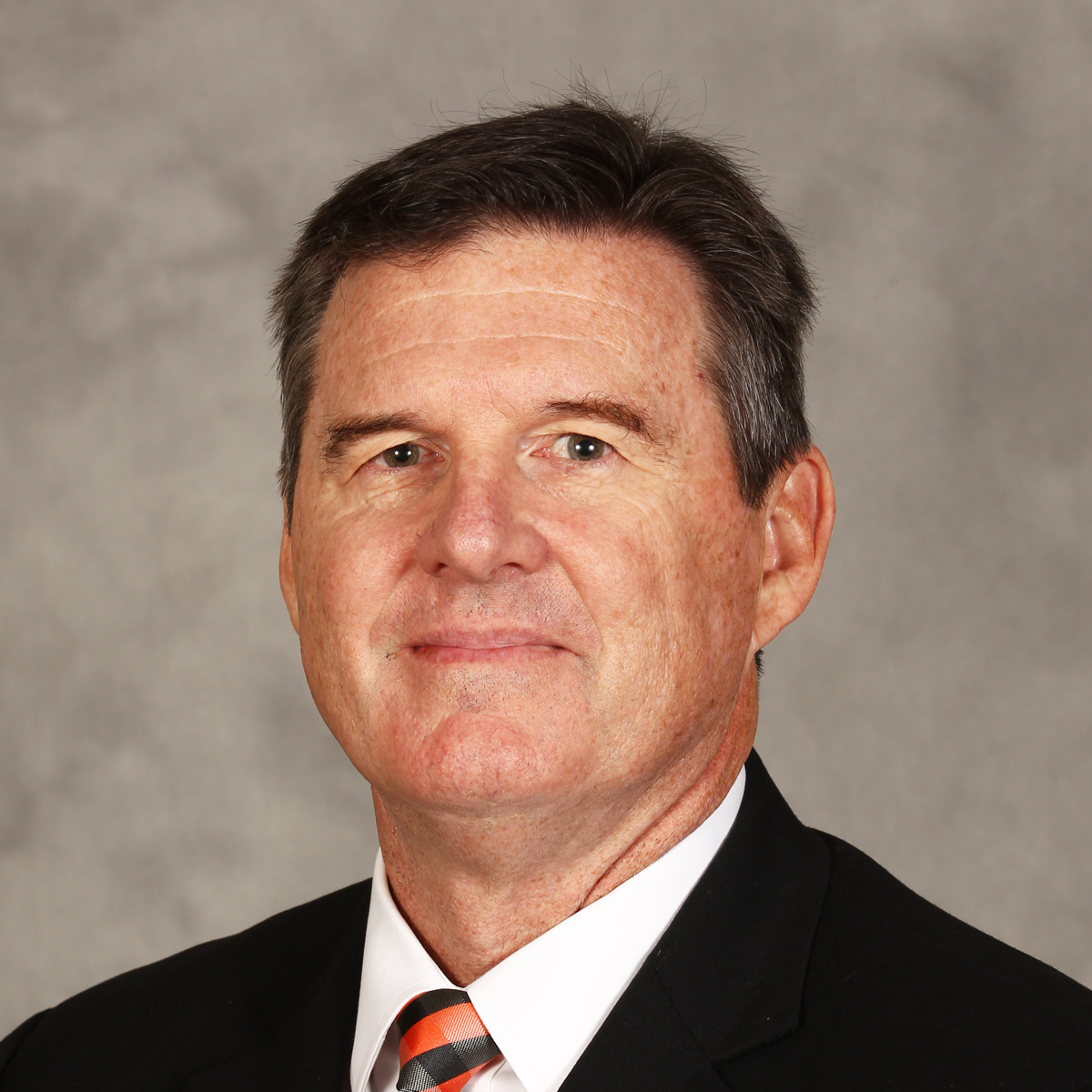 Bill Foltz will be responsible for the day-to-day operations and all enterprise-wide business functions of ocV!BE, including Finance, Human Resources, Information Technology and Legal. Foltz will lead all aspects of financing the development and all real estate operations as phases of the project come on line. He is responsible for all strategic planning and oversight for the development as well as the Sports Division of ocV!BE Sports & Entertainment, LLC.

Foltz has extensive experience gained over a 35-year career that covers professional sports, hospitality, private equity and consumer products. Most recently, Foltz served as the Chief Financial Officer for the Anaheim Ducks, Anaheim Arena Management and H&S Ventures, the entity that manages the Samueli Family Office and the various other holdings of the Samuelis. 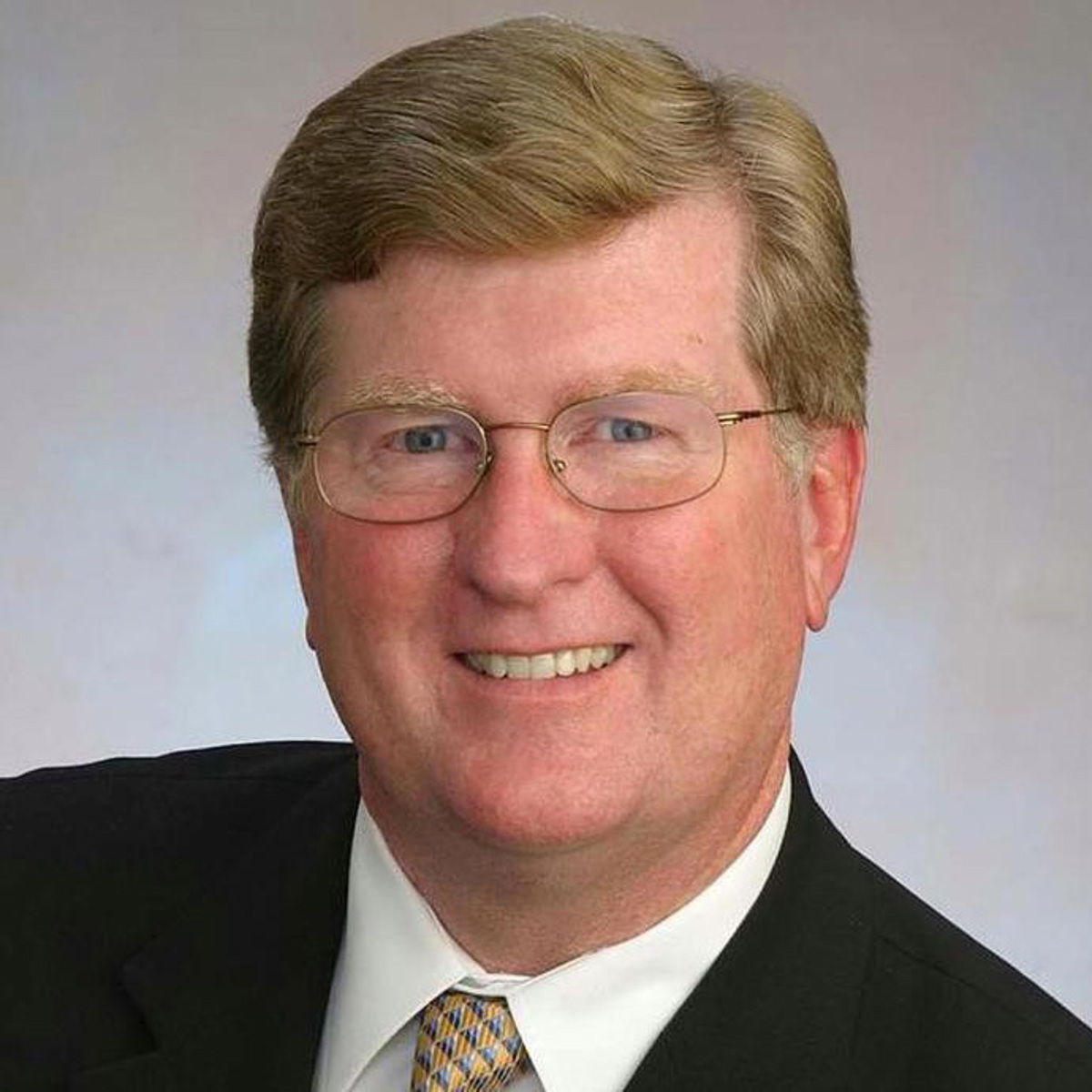 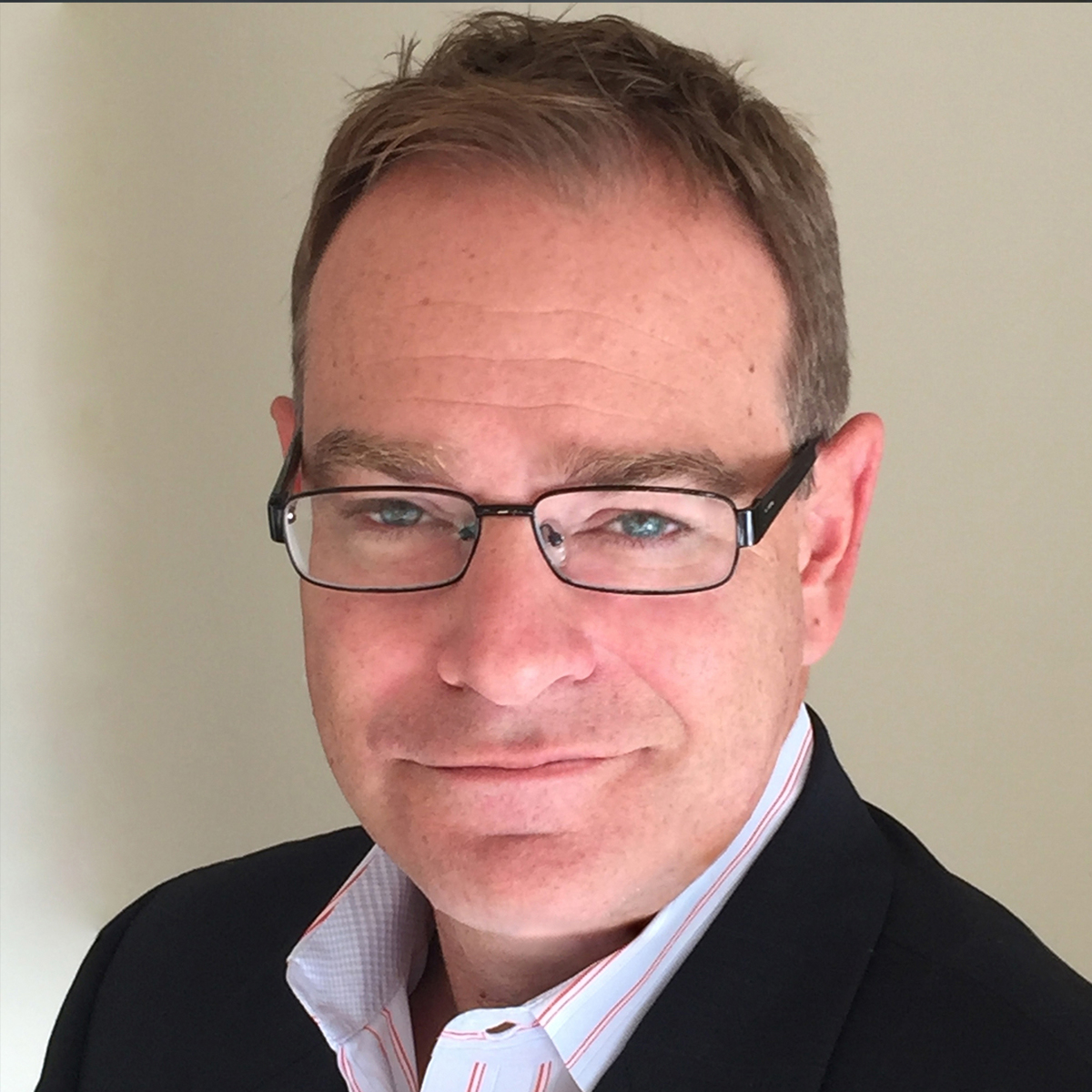 Mike Beteag is the Chief Technology Officer supporting the ocV!BE smart city implementation as well as the technology needs for Anaheim Ducks, Honda Center, San Diego Gulls and The Rinks organizations. Mike brings almost 30 years of IT expertise from his experience with the Fortune 1000.

Gina Galasso is responsible for developing and executing all aspects of the overall human resources strategy in support of the overall business plan and strategic direction of ocV!BE. She will specifically lead the areas of cultural development and change management, global talent management, organizational design, employee education and development, diversity and inclusion, HR operations and technology, compensation and benefits, employee relations and administrative services.

Galasso joined the Anaheim Ducks organization in October 2013. Over the last seven years, she has taken on positions of increasing responsibility within the Samueli holdings, including the Anaheim Ducks Hockey Club, Honda Center, The Rinks, San Diego Gulls, H&S Ventures including Vice President of Human Resources. She brings a wealth of Human Resources and Financial Management professional experience to ocV!BE with her work developing and leading global people practices at the Walt Disney Company, Southern California Edison, Los Angeles Dodgers, and Ernst & Young, LLP. 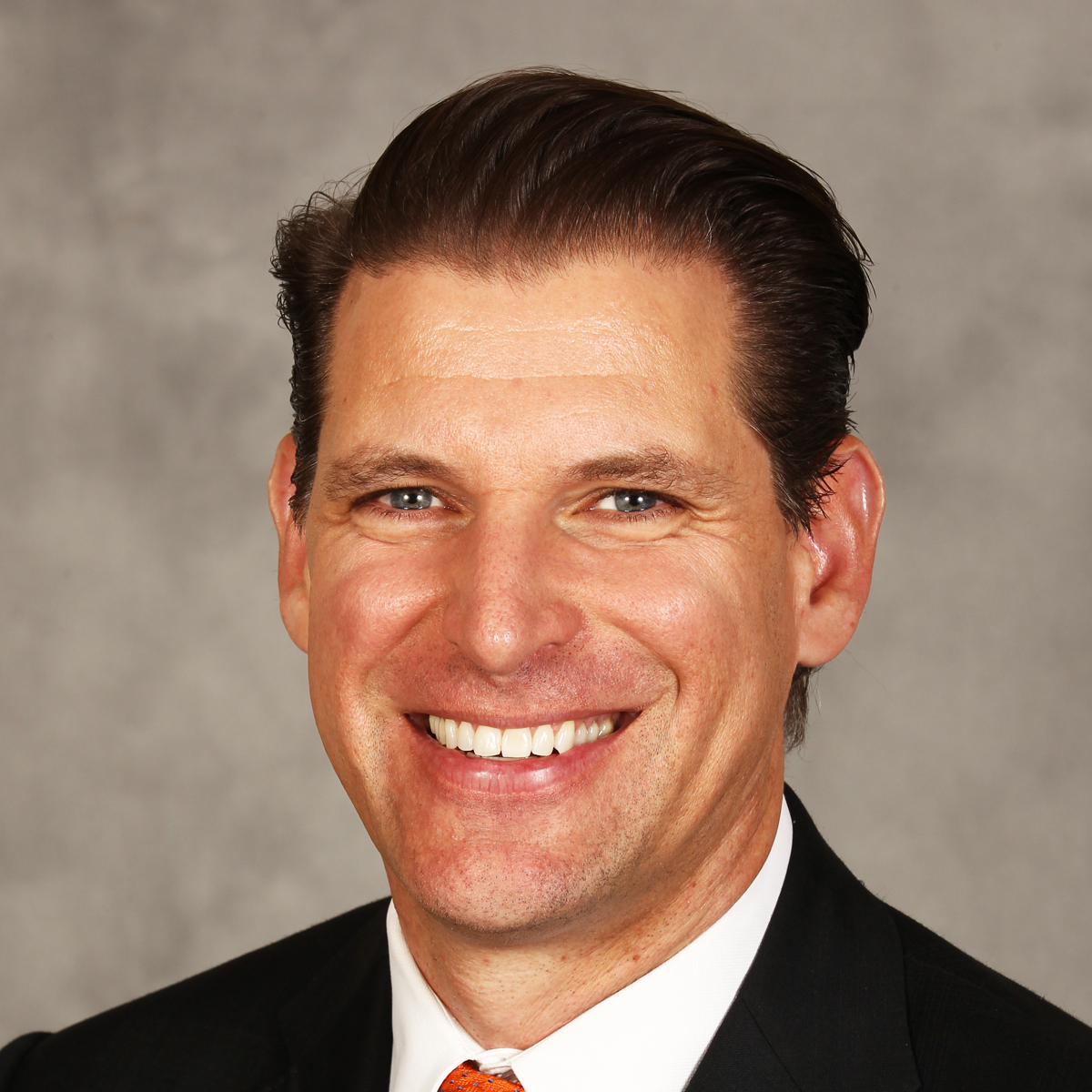 A 25-year veteran of the sports business industry, Bill Pedigo has achieved tremendous success over his career representing a wide variety of teams, venues and events. Pedigo has sold more than $1 billion in contractually obligated income, including franchise-record naming rights, jersey sponsorships and event entitlement.

In his new capacity, Pedigo is focused on all aspects of corporate partnership integration in the 115 acres of ocV!BE. Immediately on the heels of property acquisition around Honda Center, Bill and his team began strategy planning, package development and partnership evaluation for the property. Shortly before public announcement for ocV!BE, Pedigo began go-to-market efforts to identify like-minded partners looking for return on investment and prioritizing customer experience. Pedigo is also leading efforts to bring forth best-in-class activation and seeking to integrate a limited number of high quality brands into the ocV!BE experience in new and innovative ways. Bill continues to oversee the Corporate Partnerships division for the Anaheim Ducks, Honda Center, Rinks facilities, ARTIC and Great Park Ice & FivePoint Arena.

Pedigo has led major revenue areas for Samueli-owned Orange County properties the last four seasons, including areas in corporate partnerships, premium seating and ticketing that reached all-time highs in 2019. Pedigo also secured naming rights for the Ducks’ training facility at Great Park Ice & FivePoint Arena in 2017, and signed the franchise’s first Season Presenting Partnership with UCI Health in 2018. Prior to joining the Ducks, Bill had significant stints with the Kansas City Chiefs, Anaheim Angels and AEG as well as time with Nitro Circus and Competitor Group in senior leadership roles. 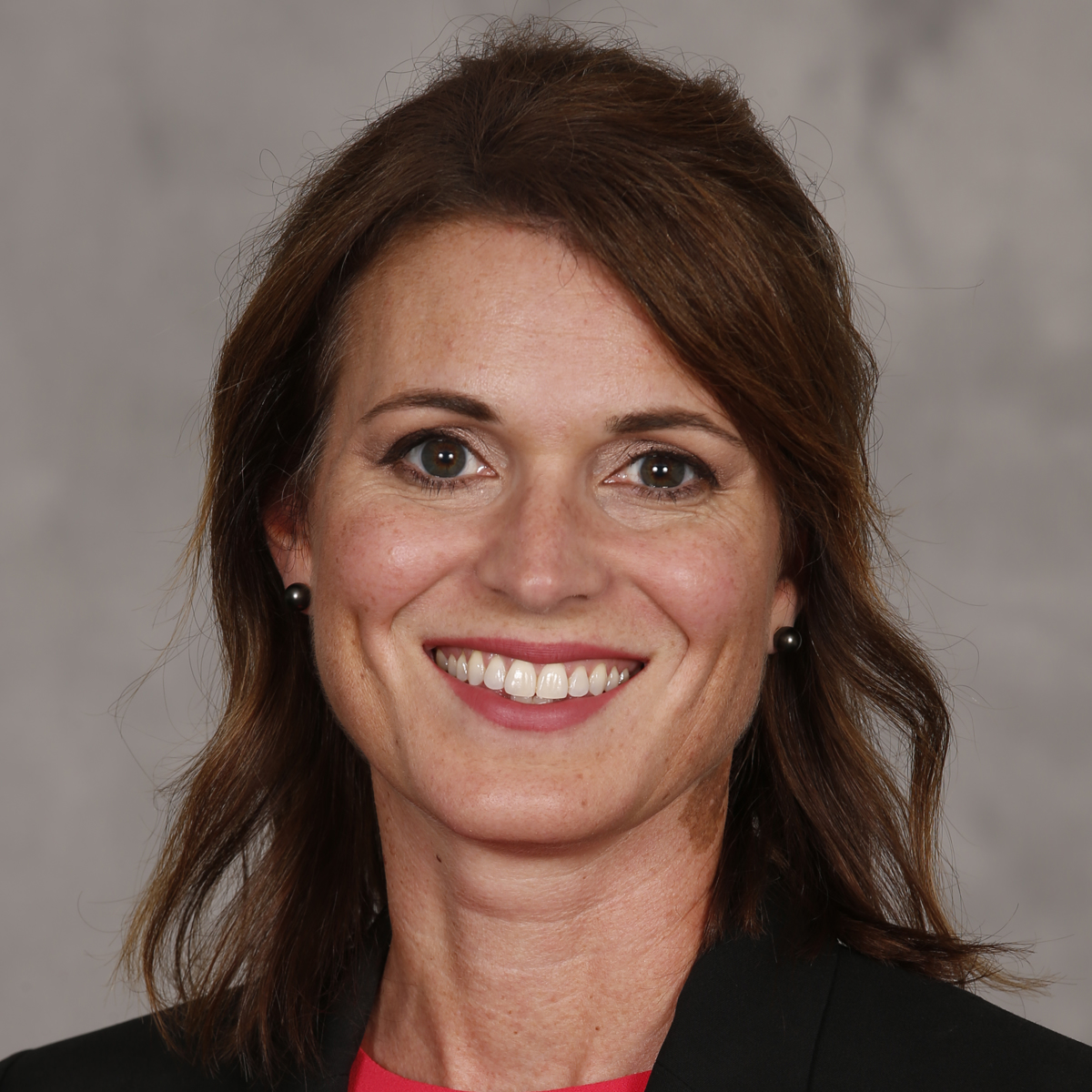 Rodin leads the legal activities of the organization, including the development and implementation of legal strategies and initiatives, negotiating stakeholder agreements, managing enterprise-wide deployment of legal services, collaborating with all business units, managing litigation and ensuring compliance in all aspects of the organizations' operations. Rodin has served the sports and entertainment arm of the Samueli family of companies since 2008 and brings with her an extensive background in complex real estate and financial transactions as well as general corporate matters. 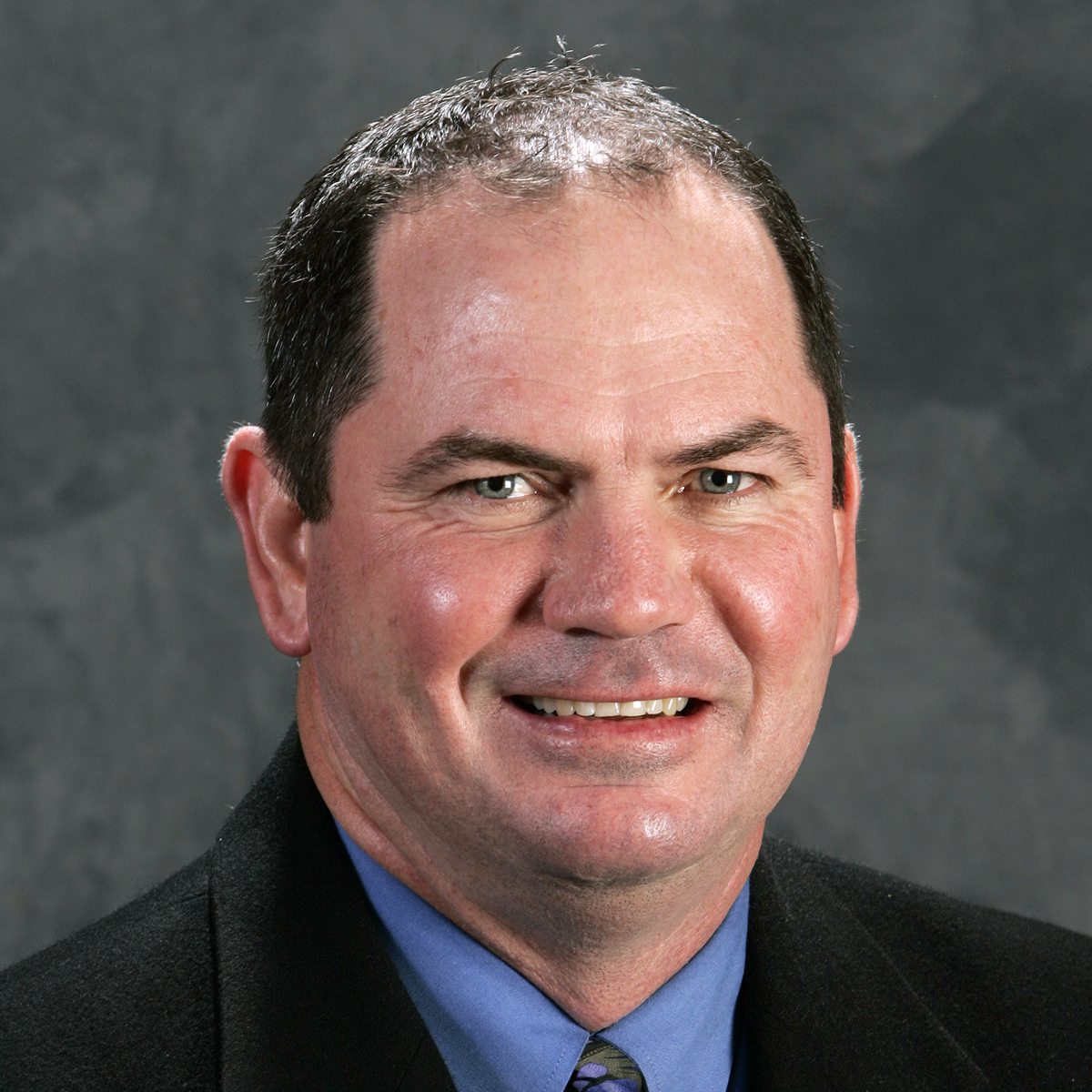 Kevin Starkey is the Executive Vice President and Chief Venue Management Officer for ocV!BE and Vice President and Chief Operating Officer for Anaheim Arena Management, LLC (AAM). He will oversee all construction of ocV!BE as well as all venue specific departments, including venue operations, security, event services, marketing, public relations, and the box office. In addition, Starkey is responsible for the entire food and beverage division for Honda Center, including each of the arena’s two full-service restaurants, dozens of innovative concessions concepts, and catering operations. He also oversees operations for ARTIC, the Arena Corporate Center, Great Park Ice and Powerline Properties.

Starkey’s career in public facilities and arena management has spanned over 30 years. He is responsible for many of the company’s large-scale operations successes. He is currently leading several capital improvement projects that include the 21,000-square-foot Ducks dressing room, 9,000-square-foot private VIP club and six new star rooms as part of a 6,500-square-foot artist loft. Starkey is also overseeing the replacement of all seats in the arena bowl, expansion of the press dining area and renovation of the visiting team dressing room. 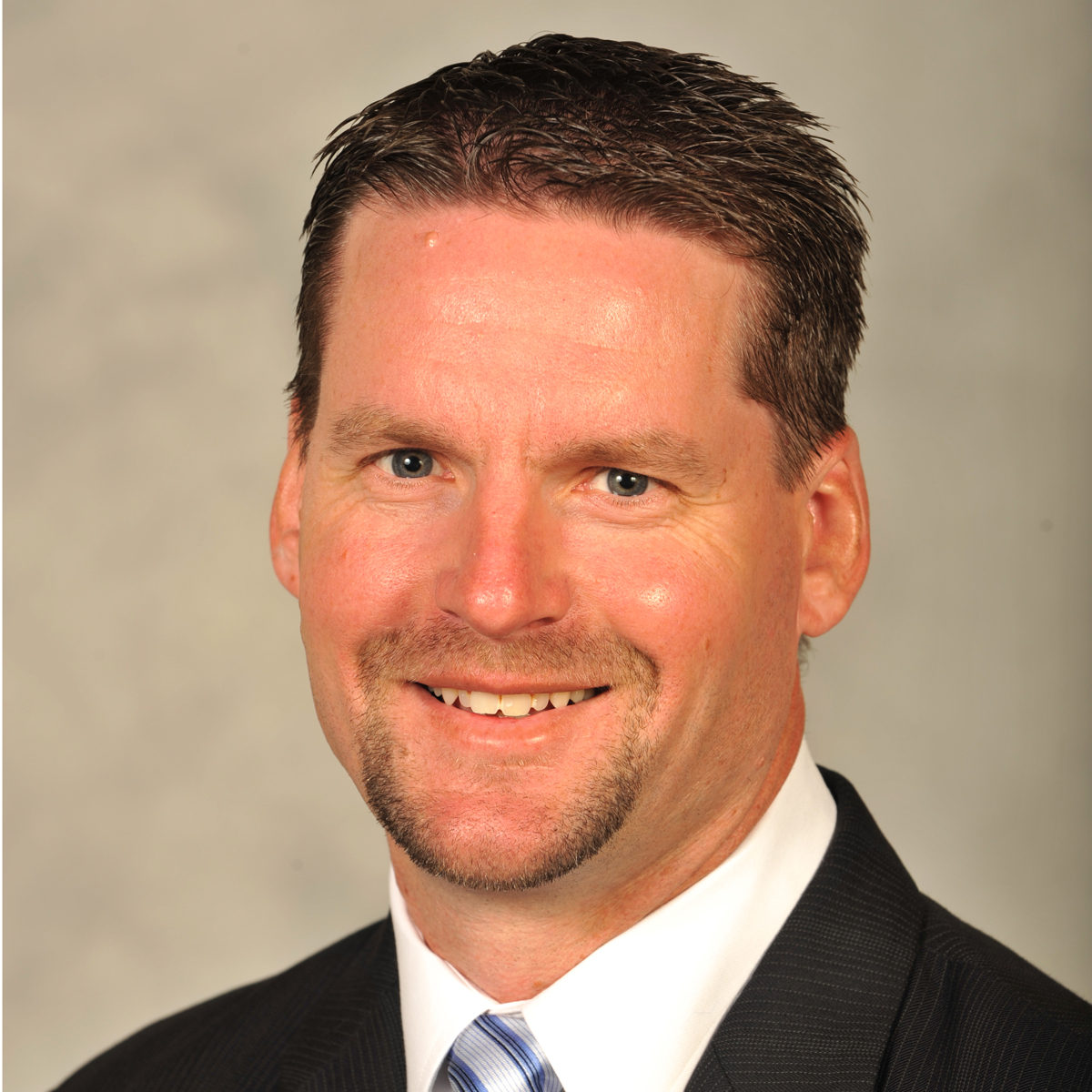 Aaron Teats serves as President of Business Operations for the Anaheim Ducks Hockey Club and Executive Vice President of the newly-formed Sports Division, which includes the Anaheim Ducks, San Diego Gulls and The Rinks. In his Ducks role, he now oversees all of the club's business operations, including all ticket operations, marketing, communications, community relations, broadcasting, entertainment, merchandise, fan development, multi-media, signature events, and business intelligence.

Teats is in his 26th year with the Ducks, beginning his career within the broadcasting ranks in 1994. He served 11 years as both an Emmy Award-winning producer and director of the Ducks radio and television broadcasts before permanently transitioning to the business office in 2007. In his previous role as Chief Marketing Officer, Teats was integral in several business initiatives advancing the brand and financial impact of the Ducks in the community as well as the front office. He created the Ducks’ business intelligence division in 2017 and the club’s internal merchandise division in 2014, which included the design and creation of the new Ducks Team Store.

During his Ducks tenure, Teats has spearheaded additional successful initiatives which led to organizational growth. He helped lead the launch of the John Wayne Airport Breakaway Bar and Grill (2011), a Ducks-themed restaurant at Orange County’s international airport. Teats was also instrumental in the celebration and honoring of Ducks legends Teemu Selanne (2015), Paul Kariya (2018) and Scott Niedermayer (2019), who each had their jerseys retired by the club. Kariya and Niedermayer’s jersey retirements took place during the club’s 25th Anniversary Season (2018-19), which was also led by Teats.

Teats began his career in the entertainment/production department for the then-California Angels in 1992. He received his bachelor’s degree from Cal State Fullerton in 1992. 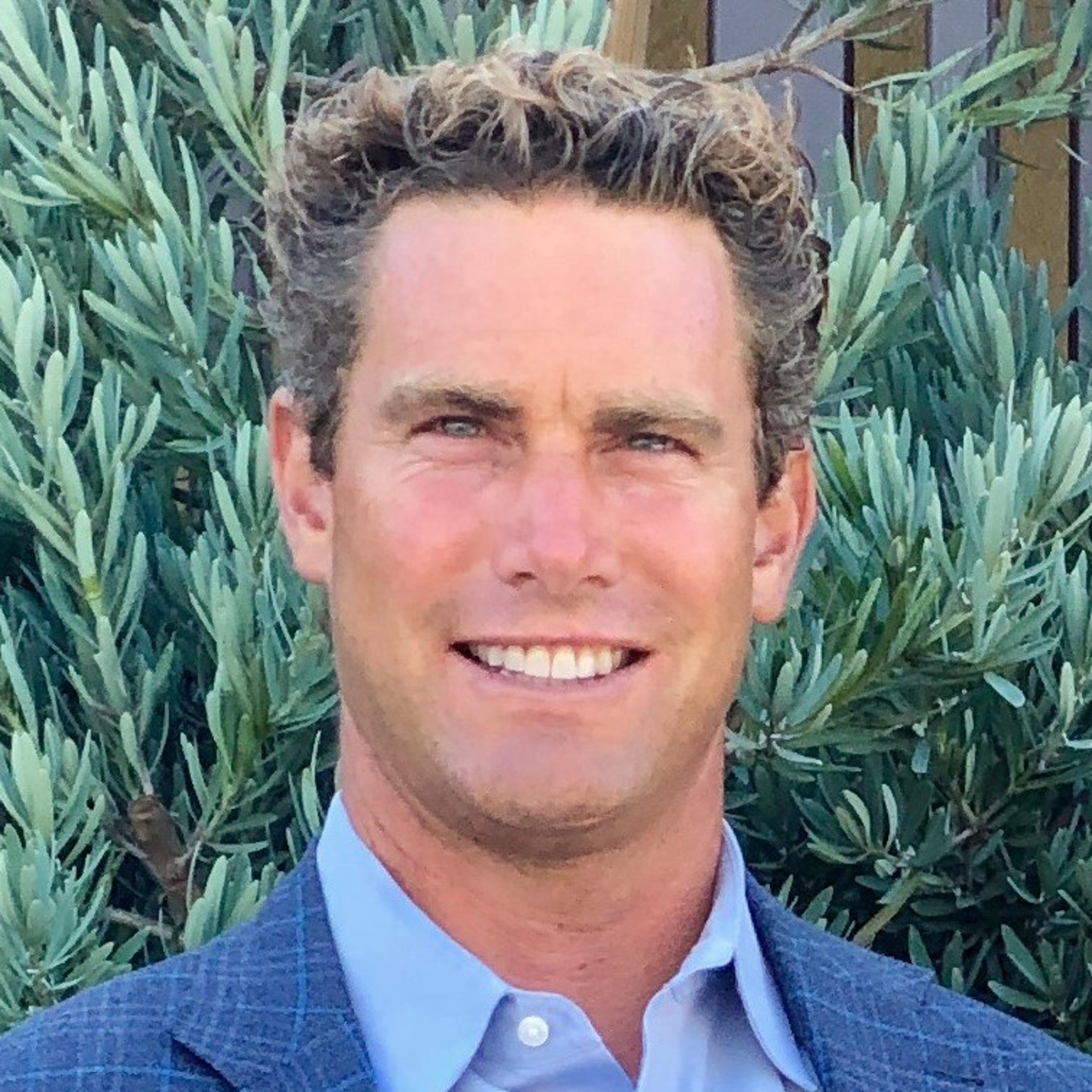 Joe O’Toole leads the land development of the 115 acre ocV!BE project. Partnering with both the internal and external teams, O’Toole is responsible for the entitlements, design, permitting, budgeting, pre-construction, and construction of the multi-billion dollar district. O’Toole works closely with the consultant team of renowned architects, engineers and economic advisors to build the Samueli family’s vision of ocV!BE becoming the focal point  of Sports, Entertainment and Wellness in Southern California for the public to enjoy for decades.

O’Toole possesses 20 years of experience in Development, Finance and Investment Banking. Most recently he served as Public Storage’s lead executive on the National Reinvestment Program and prior to that O’Toole spent 16 years with The Irvine Company furthering his expertise in Development, Capital Markets, Governmental Affairs and Finance. O’Toole began his career as an investment banking analyst focused on Mergers & Acquisitions and held his Series 7 and 63 stock brokers license. O’Toole earned his Bachelor of Arts degree in Economics from UCLA and holds a Masters Degree in Real Estate Development from USC and is also a LEED AP. 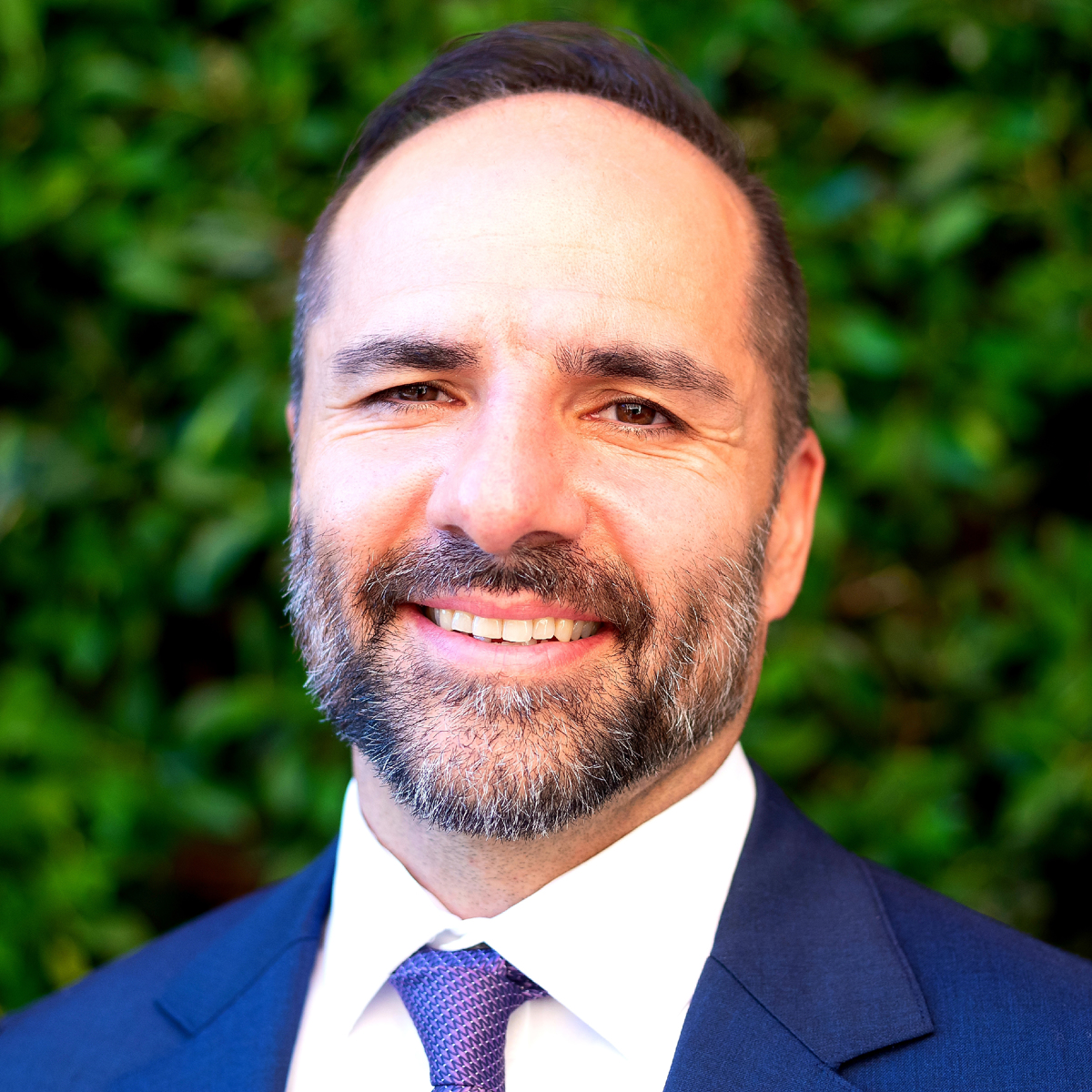 Bryce Waters is responsible for the overall capitalization and financing of ocV!BE. Prior to joining the ocV!BE team, Waters spent the majority of his 14 year career acquiring, developing, and financing over 20k apartments, 2.8M SF of office and industrial space, and 750 acres of single family residential land (total capitalization over $10B).

He joins ocV!BE after seven years working in the acquisitions and development group at The Irvine Company. He began his career as a financial analyst for the Department of Defense in Colorado Springs, CO. Waters has a B.S. degree in Economics from Weber State University, and an MBA from Columbia Business School in New York City, where he was an Alexander Bodini Fellow. 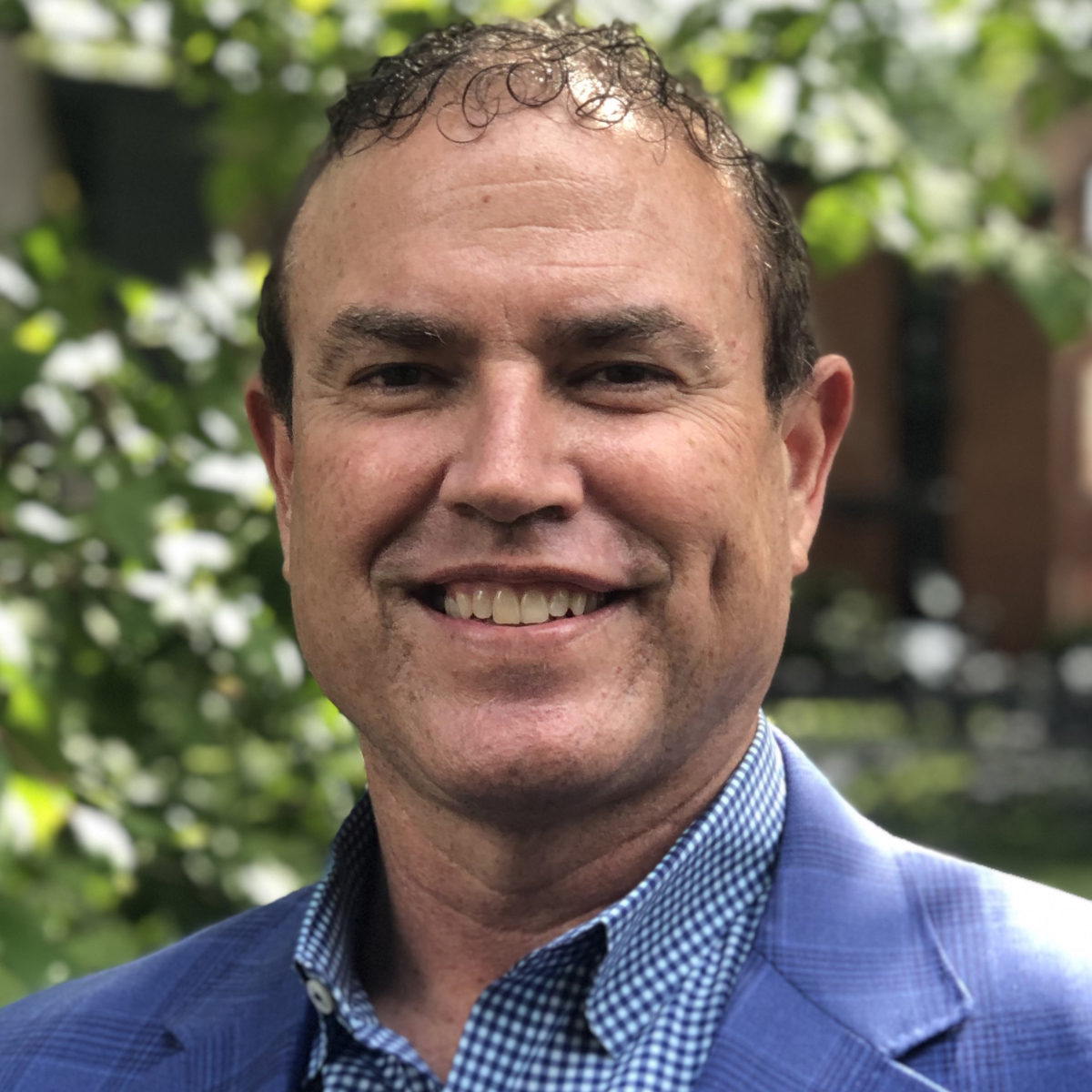 Brian Myers is leading the entitlement efforts for ocV!BE in Anaheim and a member of the development team.

A graduate of Stanford University in Economics, Myers has nearly 35 years of experience in the real estate industry.  Myers is the owner of Nuquest Ventures, LLC, a strategic advisor and development partner to corporations in real estate. Nuquest has provided strategic advisory and development services to companies such as the Irvine Company, Hanson Aggregates, Five Point Holdings and Lennar. Myers has managed the entitlement and development of master planned communities and urban infill projects with over 50,000 residential units, 30M square feet of commercial/office/retail and public facilities such as professional sports stadiums, city halls, community centers and large-scale parks. 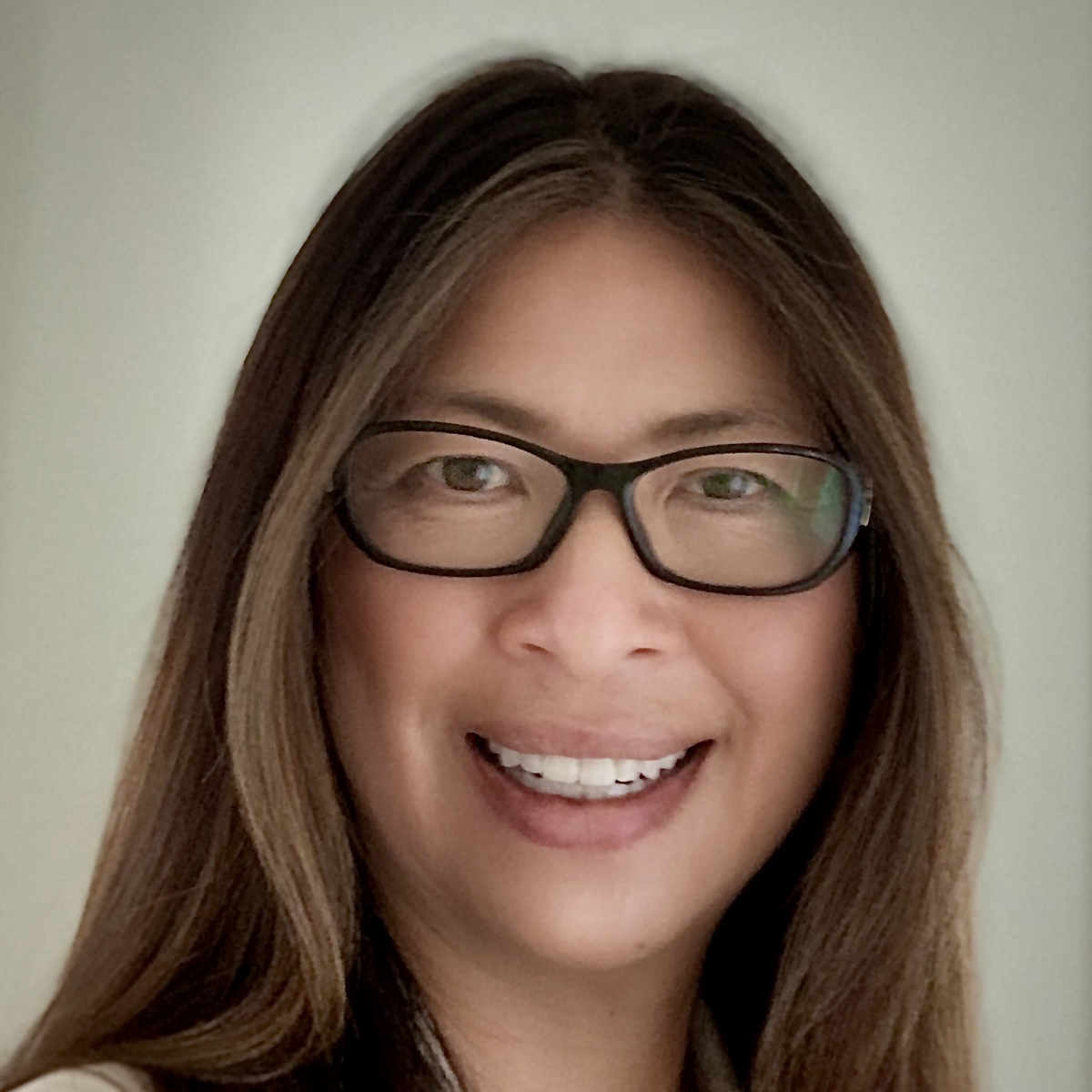 Christina Templeton will lead the implementation efforts for the infrastructure and horizontal ground plane elements for ocV!BE.

A licensed Civil Engineer in California with 30 years of professional experience in both the private and public sector, Templeton is the owner of Templeton Management Consulting, Inc., providing project management services that include master planning, entitlement, project scoping, design oversight and construction management. Templeton has worked on many large-scale, complex projects in Orange County, including the $800 million Eastern Transportation Corridor and the 1,347-acre Orange County Great Park development, and served as the former City Engineer for Laguna Beach.